“If you follow the show at all, you know that all the effects in them are all major-feature quality,” says Henry Millar, mastermind behind “MacGyver’s” special-effects team. “Most TV series just can’t afford or will not afford it. Consequently, you write a story with three times more effects than you could possibly do and hopefully get on-third of them in. But with ‘MacGyver,’ we keep writing more and more really major gags.”

At the moment, Millar is concerned about the 12-foot Incan god being constructed on Bridge Studios’ stage three. In the “Treasure of Manco” episode, seven tons of corn are supposed to pour through the god’s jaws when MacGyver stands on its hydraulic arms. It works, but not to Millar’s satisfaction. When he videotaped the first test run, the corn wasn’t pouring fast enough and Millar is worried the director won’t get it on the first take. And Millar’s stunts always work on the first take. “My whole career has been built around one take,” Millar states flatly. “Anything over one, unless it’s somebody else’s problem, is embarrassing. When I came on the show, I told the crew the same thing. Now they’re embarrassed if they have to do it more than once. It’s kind of a nice way to work.”

In 1958, Millar went to work for his uncle, who headed the special-effects department for MGM. Later, his father took over and Millar worked under his tutelage. After stints on “The Man From U.N.C.L.E.” and “Rat Patrol,” Millar decided to go independent and work exclusively on features. He was responsible for the spectacular oil rig explosion that climaxed “Diamonds Are Forever.” He also received an Oscar nomination for his work on “Capricorn One.” “MacGyver” is the first TV series Millar has agreed to do since his days on “Rat Patrol” in 1965.

“They pretty much leave me alone,” Millar says of producers Steve Downing and Michael Greenburg. “They’ll get a concept, we talk about it and I say, ‘Yes, we can’ or ‘No, we can’t.’ It’s a great working relationship that I enjoy. That’s the only reason I’m back. Otherwise I’d go back to features. In fact, I turned down a call from Fox two weeks ago. I said, ‘Sorry, I’m doing “MacGyver.” 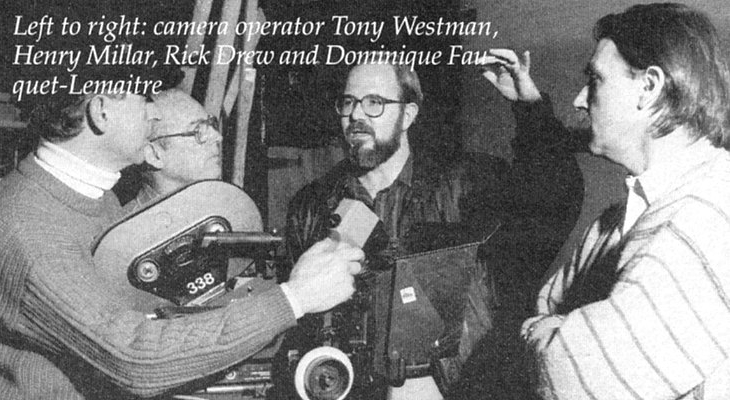 The Writers Discover Character In ‘MacGYVER’

“MacGyver as a character is still very enigmatic,” observes

Thanks From Henry Winkler and John Rich

March 5, 1990To the “MacGYVER” family:Congratulations and thank