Located at Brockton Point in Stanley Park, Vancouver, the Totem Poles were seen in the Mask Of The Wolf episode of season 3 MacGyver where they were used as a back drop to a Native American ritual in the beginning of the episode.

Jump straight to the photo gallery

The most visited attraction in British Columbia, the Totem Park consists of eight poles grouped together in a small woodland area at the edge of a large walkway which leads to the ‘Legends Of The Moon‘ gift store and surrounded by the natural forested beauty that engulfs Vancouver.  Each pole has a plaque positioned at the front of the viewing area which explains it’s history and relevance to it’s respective peoples as well as showing what each section of the totem pole represents.

The poles which stand there now are replicas, the originals were moved to various museums for preservation in the 1980’s.  Originally the pole collection started at Lumberman’s Arch in the 1920s, when the Park Board bought four totems from Vancouver Island’s Alert Bay. More poles were purchased from Haida Gwaii on Queen Charlotte Islands and the BC central coast Rivers Inlet to celebrate the 1936 Golden Jubilee. In the mid 1960s, the totem poles were moved to the more accessible Brockton Point and replaced with replicas in the late 1980’s with the Skedans Mortuary Pole being returned back to Haida Gwaii and the remaining poles distributed to their respective museums.

The 9th, and most recent, addition to the totem park is an unpainted pole added in 2009. It was carved by Squamish Nation artist, Robert Yelton as a tribute to his mother who was the last surviving resident of the Brockton area. The Pole stands in front of where her house used to be and is the first pole seen by visitors as they enter the park area from the seawall side.

Contrary to popular misconceptions and stereotyping, Totem poles are only native to the Pacific Northwest (British Columbia and Alaska) peoples. They have 6 main uses. 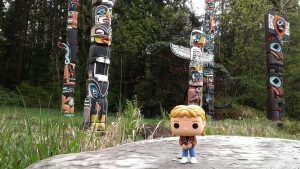 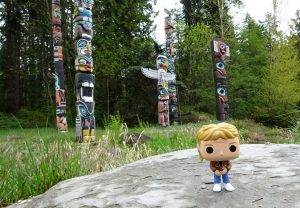 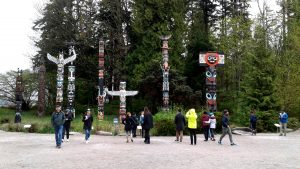 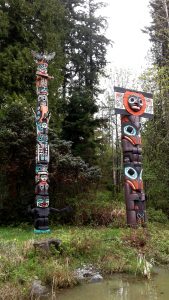 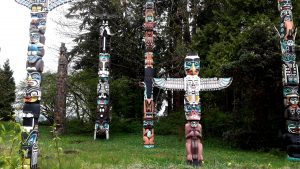 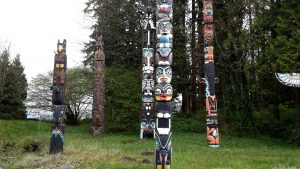 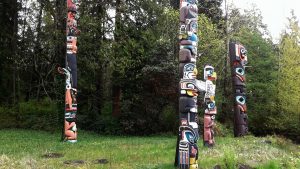 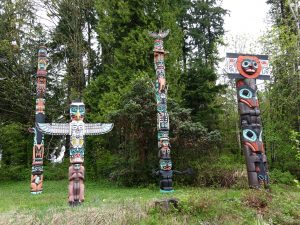 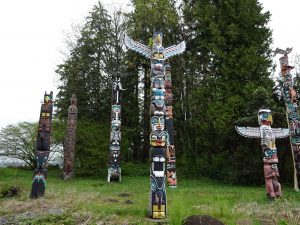 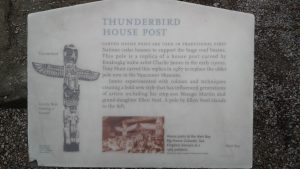 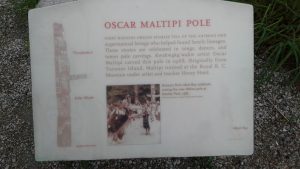 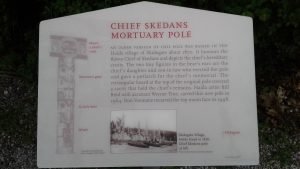 MacGyver traveled to Alameda State Mental facility to investigate a mysterious death of a mental patent.

MacGyver visited Alaska on a Phoenix assignment to set mapping markers where he encountered oil pirates and a Sasquatch.

MiniMac takes a look around the ‘Deathlock’ mansion and finds a fascinating history full of murder, mystery, and ghosts!