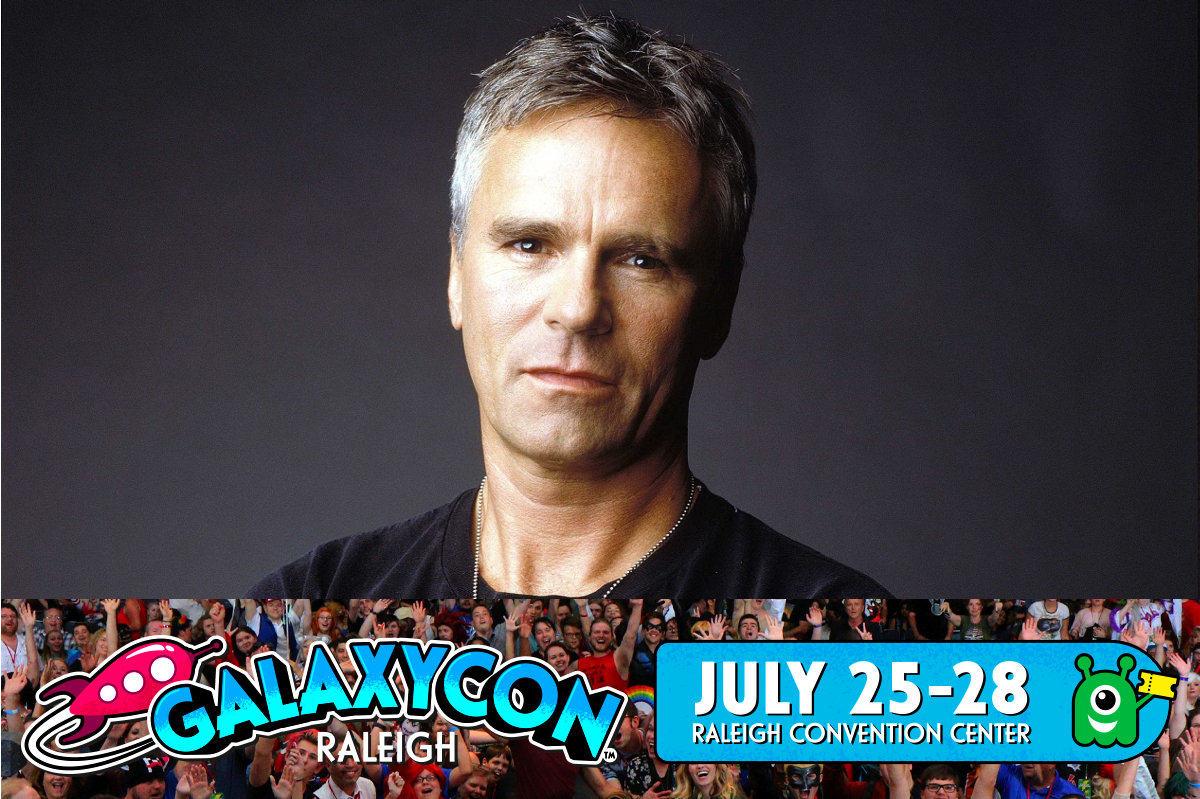 Richard Dean Anderson will be making his last scheduled appearance for the year at Raleigh Galaxycon July 27 – 28 in North Carolina.

He will be doing a Q&A session on the main stage in Ballroom c from 5:00 pm to 5:50 pm on Saturday and photo and signing sessions on both Saturday and Sunday.

Richard will be one of the many guest stars appearing over the weekend which include Tim Curry, David Tennant, John Cleese, Jonathan Frakes, Ric Flair, Mick Foley, Ron Perlman, Wil Wheaton and many more. You can find the full guest list here.

Photo-op and signing tickets can be ordered online here or at the booth on the day.

#GalaxyconRaleigh attendee gives Richard Dean Anderson at his panel gifts of ginger snacks & a t-shirt that says I just want my coffee and to pet my dog. #Galaxycon pic.twitter.com/QSETApVIDM

VIDEO: Richard Dean Anderson sums up his time on MacGyver as having been “playland for an aging teenager with a mullet.” The #GalaxyConRaleigh crowd cheered. #MacGyver #GalaxyConRDU #GalaxyCon pic.twitter.com/9icLjgW4ug

The best 2 guys at the whole con! I got my dream of meeting Jonathan Frakes and my 9 year old was allowed to meet his hero Richard Dean Anderson who even took a selfie with him! He was literally in tears and hasn't stopped talking about it ever since! Best weekend ever!!! pic.twitter.com/m2IWDvZXfH

RDA has made a video inviting fans to meet him in New Jersey.

CBS has announced that there will be a special MacGyver panel at this year’s San Diego Comic-con.

Richard Dean Anderson will be appearing at the Florida Supercon this weekend, July 6 – 7.