This customized Victorinox SwissChamp knife was given to cast and crew as a Christmas present during the season 1 run of the reboot. The knife has the new MacGyver title along with the season engraved on the front panel replacing the iconic Swiss flag logo the knives are known for.

Season 2 followed the same idea but with the much small Rally knife. Measuring only 5.71mm this mini knife has minimal tools consisting of a small blade, nail file with screwdriver and a cap lifter with magnetic Phillips (crosshead) screwdriver. 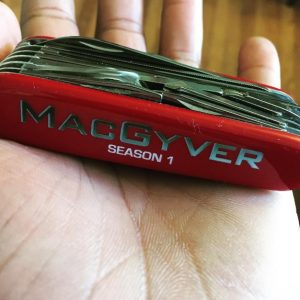 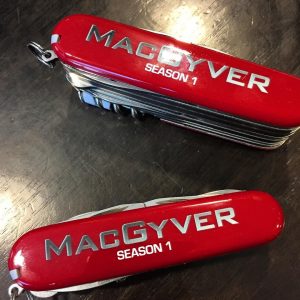 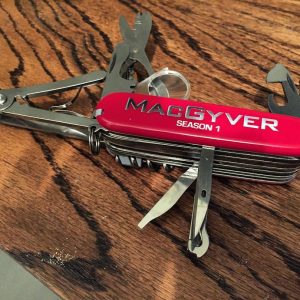 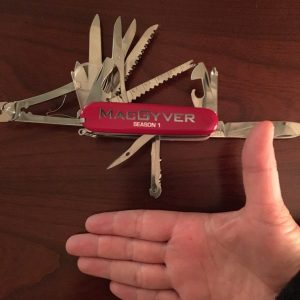 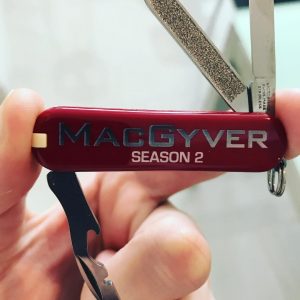 Michael Des Barres will guest star in an upcoming episode of the MacGyver reboot.

Scarlett is a member of Codex.

Russ Taylor is a wealthy ex-MI6 agent with a shady business background.

MORE BEHIND THE SCENES: