Note: Both movies where filmed in England, UK.

MacGyver teams up with his archaeology professor, and an old friend to search for the legendary treasure of Atlantis, but an enterprising Englishman and his partner want the treasure for other reasons.

In England, MacGyver investigates the mystery of his friend’s murder and discovers a secret nuclear weapons facility in the process. 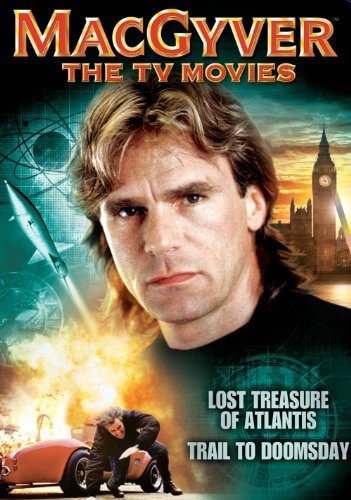