The book project that has been in the works for the last couple of years has now set a release date of September 17, 2019. 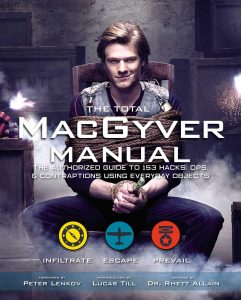 The project was first spotted on Amazon back in March 2018 and included page layouts which appeared to include both original and rebooted information. By May of the same year the date had already been pushed out to Jan 2019 and all images had been removed from the amazon page.  Today new images have appeared, including new cover image, along with new descriptions of the 208 page hard covered book and contents. Weirdly the Amazon title is ‘The Official MacGyver Handbook’ instead of the cover title of ‘The Total MacGyver Manual’.

The book is currently available for pre-order for $25 U.S.

Breaking In & Breaking Out: Dozens of hacks for when you’re in a tight spot—or want to get closer to one, including:
Break Out of Handcuffs Using a Hairpin
Using a Toothbrush to Pick a Lock
Detect an Intruder
Make a Battering Ram
Cut Through Steel
Escape from Zip Ties or Duct Tape
Climb a Wall with a Big Stick
Use Dustbusters to Scale a Wall, Spidey-Style

Tools & Technology: Making the most of what you’ve got on hand, in the most unexpected of ways, including:
Make a Stove from a Soup Can
Tie Essential Knots
Make a Compass from a Leaf
Light a Fire with a Battery
The Science of Stun Guns
Build a Drone
Fake a Crime Scene
Make Buckets of Fake Blood
Could I Do That? Rig  a Spy Microphone
Lift a Fingerprint

Traps & Getaways: Lure the bad guys in, then get out of Dodge!
Catch Bad Guy in a Net
Tie Them Up with a Tarp
Dig a Pitfall
Stop a Car with a Piece of Paper
Boobytrap a Manhole
Burn Your Bridges
Steal a Car
Set a Tripwire
Fly Away with Balloons
Fake a Parachute

Saving the Day: When the chips are down and the stakes are big, it’s time for the really wild stuff, including:
Make a Flour Bomb
Stop Bleeding Using a Credit Card
Put Out Fire with Sound Waves
Transport Explosives Safely
Make a Generator from Your Moped
Knock Out the Power 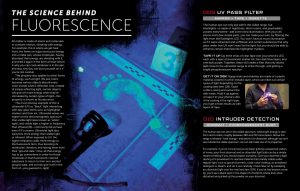 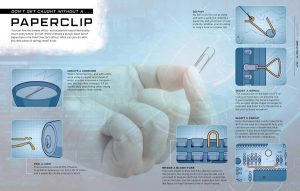 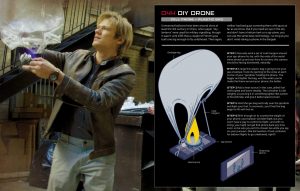 We have our first season 4 episode title revealed tanks

Cassian is the son of Murdoc and Amber,