The first step is the most obvious and “simple” step. That is to acquire a Jeep. Specifically a 1987-1995 Jeep Wrangler YJ. (This is, of course, the square headlight model.) The most accurate would be a 1987-1991 model YJ because after that the rollbar changed as well as some interior details, and it would take much more work to get “right”. I was able to find mine pretty cheap on Craigslist, but it definitely needed some work. The final post in this series will be the full finished reveal of my Jeep which I’m going to be re-doing as I originally went with the cheaper option… I also have found some “behind the scenes top secret” info I did not have 2 years ago when I first started, so now I will be making mine 100% accurate and hopefully inspiring some of you with these steps!

Mac’s Jeep was a 1987 “YJ Laredo” model in the (insanely rare) color “Dark Mocha Brown” (I will show evidence of this in PART 2 of this series) which was, of couuuuuuurse, the rarest color, but also up until the “Renegade” YJ model, the most luxury and expensive model/color of its time. You can find (or like I did “make” a Laredo model, but it can be a hit or miss) a Laredo model for pretty cheap or easy nowadays which is the nice part! The Jeep needs to be completely stock in order to be “fully accurate”, meaning OEM everything, or at least “look like it”. Stock height suspension, stock headlights (meaning not LEDs), and no fancy-schmancy tires/rims. Another nice thing is that there are a LOT of (cheaper) aftermarket reproduction parts that look completely OEM and the original style “wrangler radial” tires are still being made today!

SIDE NOTE: Mac’s Jeep was automatic!!! (I’ll show evidence of this in Part 3)

The Laredo model came with:

Mac’s Jeep went through subtle changes but not really very many, once they finally decided on the color and interior, it stayed (more or less) the same through the remainder of the show, there were 2 Jeeps used but both were exactly the same.

CHEAP OPTION: Even though 1987-1991 would be the “closest most accurate option”, get whatever makes you the happiest and won’t break your wallet, even if it’s not perfect at least at the end of the day you’ll be satisfied with what you’ve got, you can actually find a later TJ model for the same price if not cheaper than some YJ’s, you’ll just be missing out on the iconic square headlights. (However with time going by with no sight for square headlight Jeeps in the future, YJ’s are one day gonna be classics, so I’d recommend getting one anyway even if it’s not just for Macgyver’s sake.)

THE PHOTOS BELOW ARE REFERENCE TO WHAT YOU WILL NEED TO START WITH: 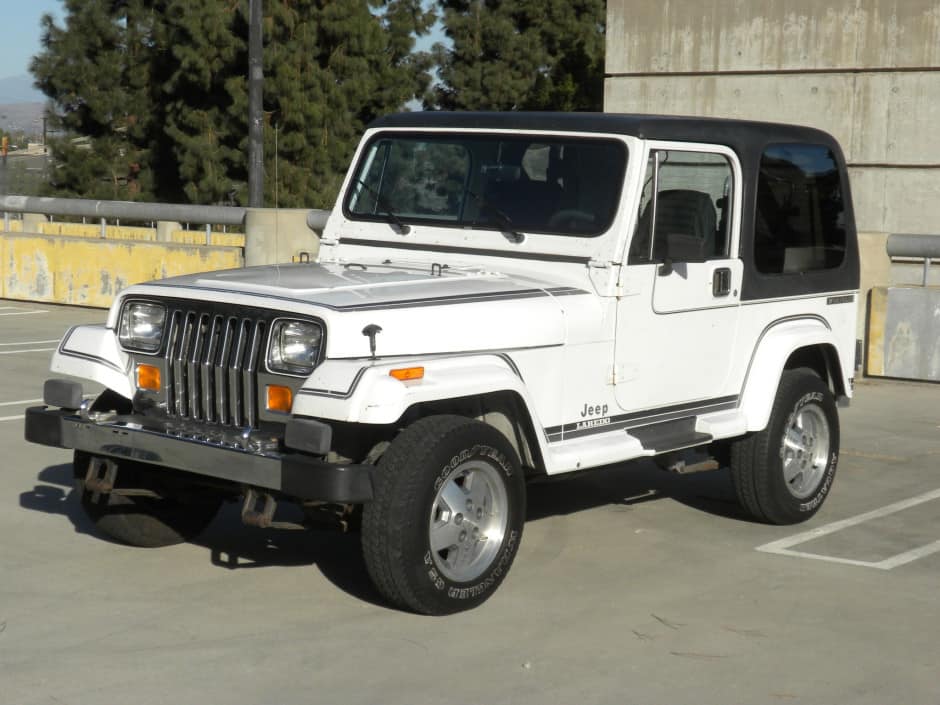 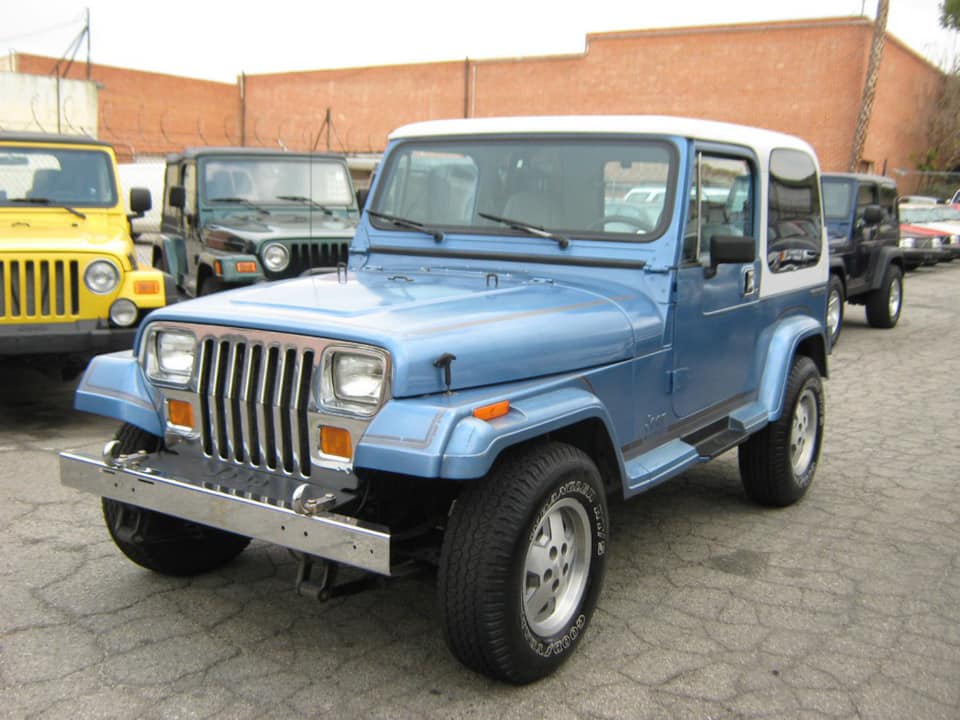 Avid MacGyver fan, Jason Henderson, takes us through the process of creating a MacGyver jeep.

Details and information about the mobile phone in MacGyver’s Jeep

Information and photos of MacGyver’s main form of transport.