Used by MacGyver as his primary communications hub the General Electric 2-9860 Answering System allowed friends and colleagues to leave messages and stay in touch while MacGyver was away from the house.

The unit uses dual standard-sized audio cassette tapes for outgoing (greeting) and incoming messages respectively as well as a call monitor function which MacGyver often used to screen calls while he was home. Using standard audio cassettes allows the owner to use a longer cassette to record more messages before filling up. This would be useful if going away on vacation for example, where you would want to ensure you didn’t run out of recording tape. The unit allows for 2 way recording of phone calls (very handy for people in MacGyver’s line of work) as well as a memo function that allows personal messages to be recorded for playback later.  It also has a touch-tone remote system that allows remote controlling of all functions via any touch-tone phone, including switching the answer mode on, playing back messages, changing your outgoing message and even rewinding the tape.

Other functions include battery backup, Message counter LED and a ‘Super VOX’ which ensures the recording stops only once the caller has hung up and ignores line and tone sounds during the call.

Greeting used on this machine:
“Hi, this is MacGyver. We all know how these things work so when you hear the beep go for it.” 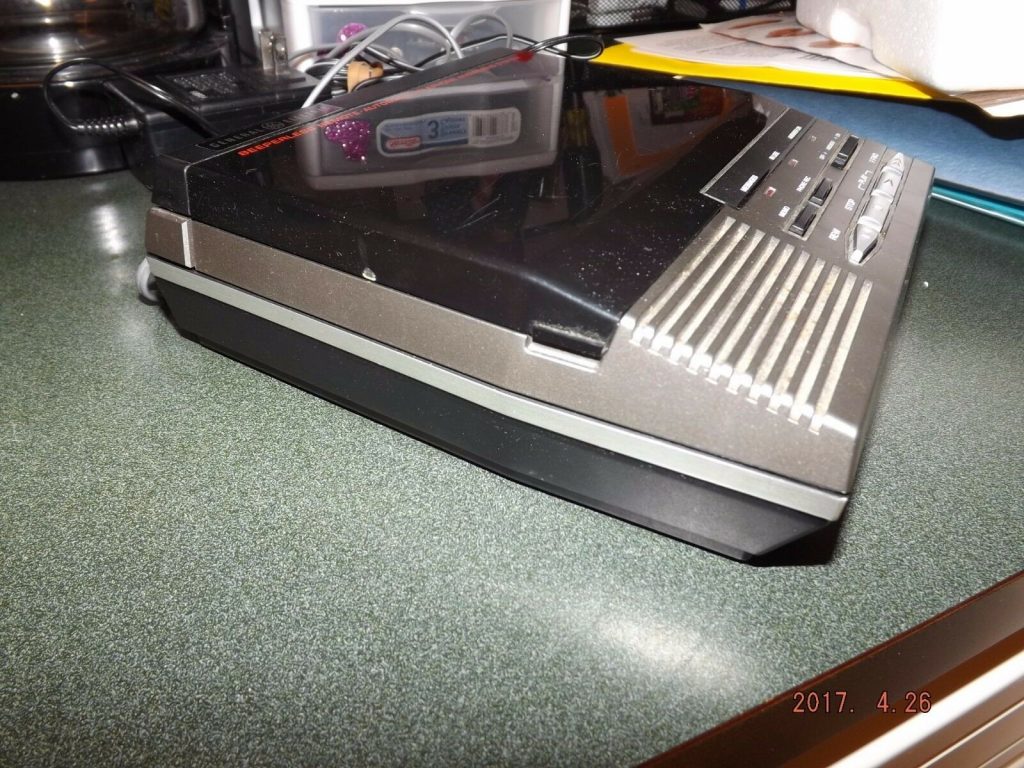 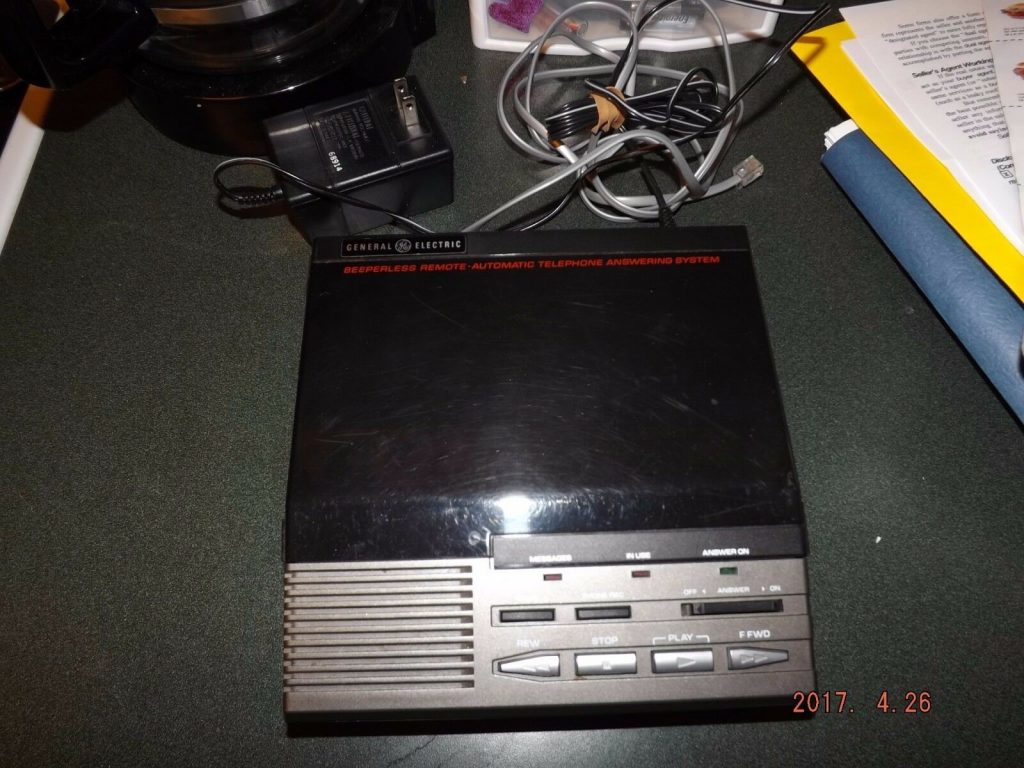