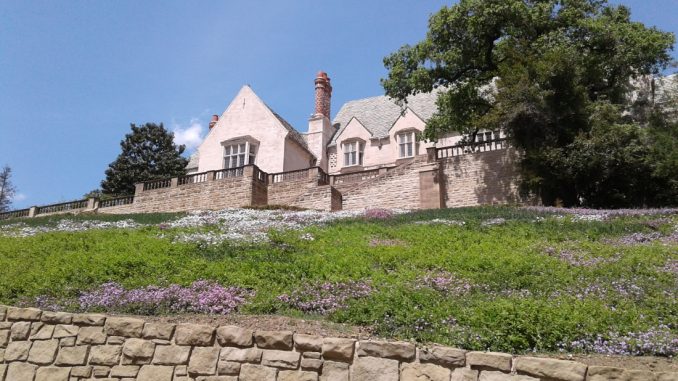 Used as the primary filming location for the episode ‘Deathlock’, the Greystone Mansion is one of the most famous filming locations in Hollywood and holds a history which includes dirty money, paranormal activity and one of America’s most famous unsolved murder mysteries.

The 55 room mansion and it’s 16 acres of landscaped Beverly Hills estate was built in the late 1920s as a wedding gift from oil tycoon Edward L. Doheny to his son, Edward “Ned” Doheny, Jr., and his family at a cost of over $4 million which made it the most expensive home in California at that time.  Four months after Ned Doheny and his family had moved into the mansion, Doheny’s childhood friend and assistant, Theodore “Hugh” Plunkett, were both shot dead in one of the guest rooms. Although the coroner at the time declared the deaths as a murder-suicide, mystery has continued to surround the deaths due to discrepancies between witness statements and evidence found at the scene, which included the bodies being tampered with during the hours between the shootings and police being called. Other evidence suggests Hugh, the man accused of killing first  Ned and then himself, was actually shot from behind (hard to do when holding the gun yourself). The mystery has sparked theories ranging from a gay love affair being found out to tie-ins with the Teapot Dome scandal that brought down President Warren Harding’s administration.

These days the mansion and grounds belong to California Parks and Recreation Service and is primarily used for functions and events along with filming projects. The building is normally closed to the public, however, we were allowed to briefly step inside and look around the main entry foyer by a park ranger who happened upon us while we were taking a break in the shade of the porte cochère.  After chatting to us for a while about where we were from, the history of the building and particularly the well known paranormal activity of the mansion which has now inspired a book documenting over 200 eyewitness accounts from both staff and guests, the ranger took us into the entryway of the building and let us inside to have a better look around that famous staircase where MacGyver and Pete told their camel story and later used the suit of armor to test the machine guns.  The interior is both impressive and impersonal at the same time – its extensive use of dark wood and floor tiles combined with the share size of the mostly unfurnished area makes for a somewhat cold and dark feeling and one can easily imagine this being a haunted mansion.

As we left via that famous doorway we noticed one of the several “movie tricks” which were employed in this episode. The doorway is set some 10 feet back from the driveway making it impossible for Quayle’s machine guns to have shot the suit of armor when MacGyver leaned it out through the door.

Once outside we continued our exploration, heading around to the reflection pond where MacGyver crawled behind the suit of armor as it trundled along the path on its motorized trolley and then jumped over the railing to make his escape. The hedges along the sides of the pool have been altered slightly here, but otherwise, the area remains pretty much as we see them in the episode. We did notice that the kitchen door MacGyver uses to gain access to this area and start the suit in motion doesn’t actually exist, instead, there’s a large window which looks into the main living room and not the kitchen as shown in the episode. The kitchen is in fact down the other end of the building with no exterior access. 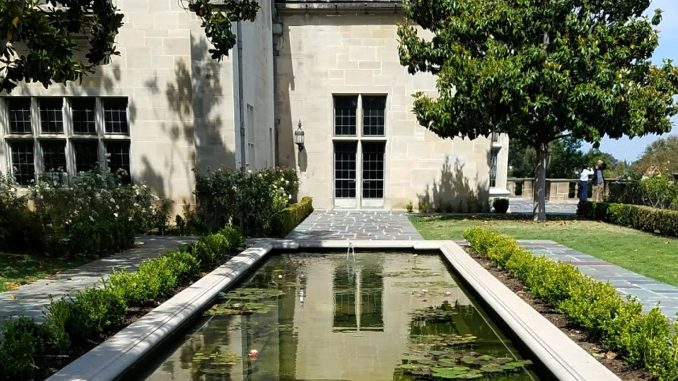 From here we made our way down to the lower level path where MacGyver lands after his jump over the railing to escape the guns. Here we find the drop is actually higher than it looks – I would estimate it to be at least an 8, maybe even 10 foot drop down to where he lands and then jumps over the hedge. It’s hard to tell in the shot, but I assume they got a stuntman to do that because if you landed wrong there you’d have broken bones for sure. All this takes place at the front of the mansion which leads out to the expansive manicured parkland making up the front half of the estate which includes rose gardens, stables, garages, and a greenhouse all located near the front gates of the property.  The rear of the estate holds the large English formal gardens and the pool patio which is used as an outdoor banquet and dining area for events these days but was originally the site of the swimming pool before it was filled in.  The formal gardens are large and impressive and full of the grandeur you would expect from a Beverley Hills mansion, although none of the episode was filmed in these areas they are still well worth the visit to enjoy the tranquility and beauty that provides a pleasant escape from the hustle and bustle of the city. 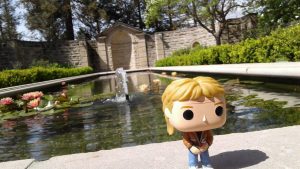 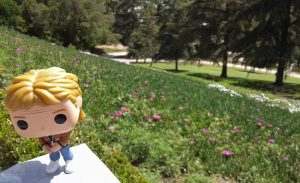 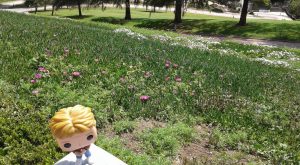 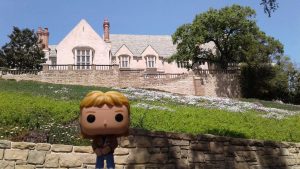 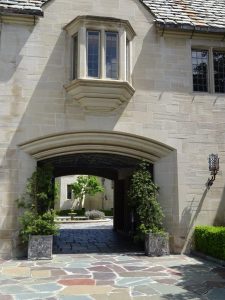 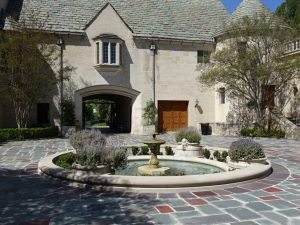 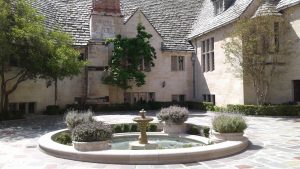 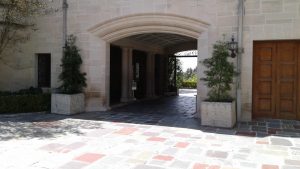 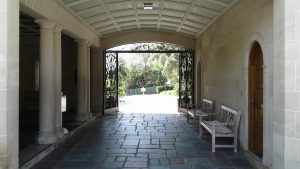 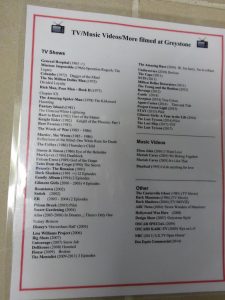 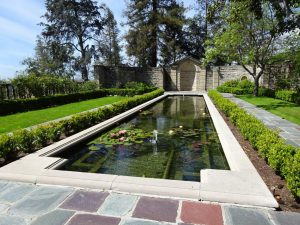 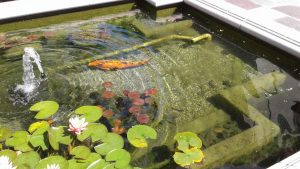 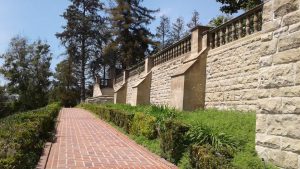 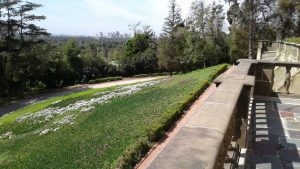 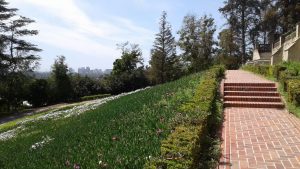 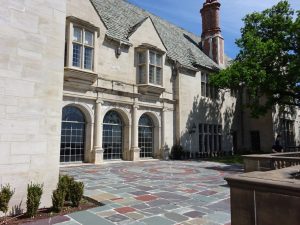 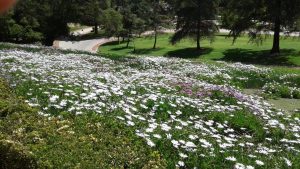 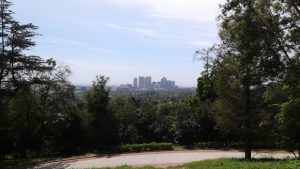 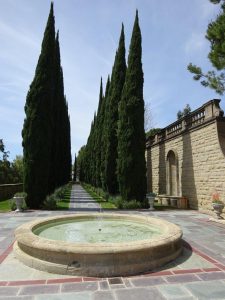 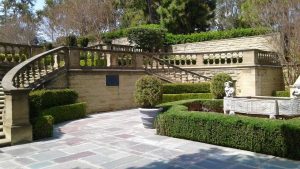 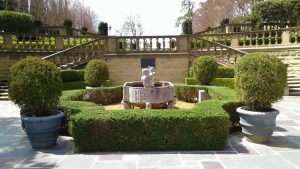 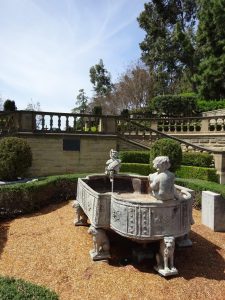 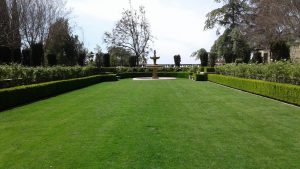 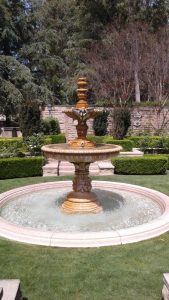 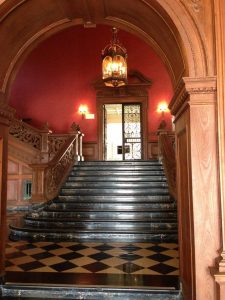 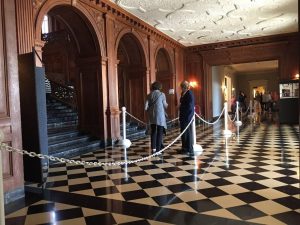 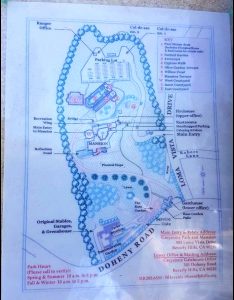 MacGyver had two assignments in East Berlin. Find all the details about both trips here.

Considered within the intelligence community to be the best Crypto-analyst alive.