The unique 5 cylinder design of the Cavitt-Tinglof Tower is seen in the season one episode ‘Deathlock’ as we see a helicopter land on the building’s roof to let off a group of passengers in an establishing shot before cutting to MacGyver exiting the building and being picked up by Karen Blake.

The scene is a little confusing to work out, location-wise, because it turns out the entire external scene is actually filmed 6.5 miles away at the Sunset Vine Tower located on the corner of Vine Street and Sunset Boulevard – the street signs for both can clearly be seen in the background as Karen arrives to pick MacGyver up and the Vine Tower and Palladium theater signs are in clear view as they drive off to exit the scene.

Dwarfed by its neighboring skyscrapers on the edge of the business district in downtown Los Angeles, the Cavitt-Tinglof Tower still manages to stand out thanks to it’s striking 5 glass cylinders which house the Westin Bonaventure Hotel & Suites sitting on top of a large 3 leveled base which holds the conference, dining and shopping facilities. From a distance, the building looks shiny and reflective, but once up close the towers are brown, almost dirty looking, due to the brown blinds in all the windows.

Fittingly the elevators are also glass cylinders and run up the outside of the building which would give pretty amazing views as you get higher, but definitely not for people who don’t like heights. 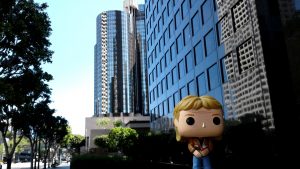 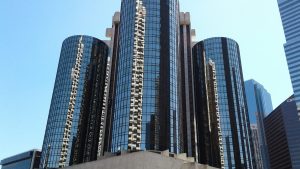 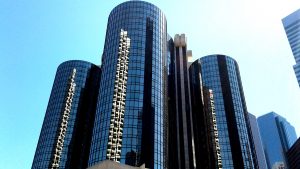 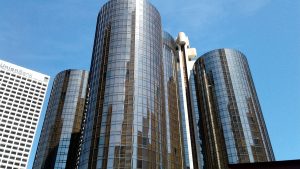 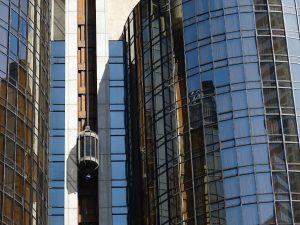 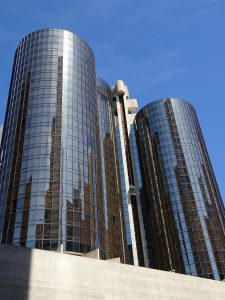 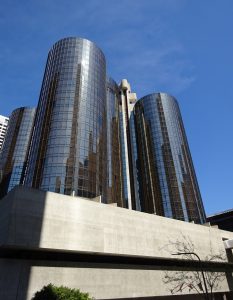 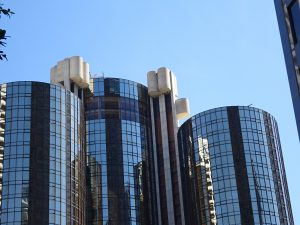 MiniMac Visits The Mountain of Youth

MiniMac discovers a connection between the original Batcave and the Mountain of Youth.

Join MIniMac as he visits MacGyver’s beach apartment and takes a look around the neighborhood.

MacGyver had two assignments in East Berlin. Find all the details about both trips here.